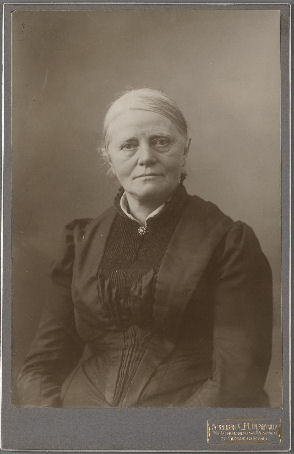 Sina van Houten (otherwise known as Sientje Mesdag-van Houten) was the wife of Hendrik Willem Mesdag, the Dutch marine painter of the Hague School, and an accomplished artist herself.

Sina was a strong moral support to her husband, supporting him enthusiatically when he gave up his career in business to paint full time. Sina took up painting in 1871 when the couple lost their only child Klaas, age 8 years old. By 1884 Sina's paintings were gaining recognition - her landscapes winning a gold medal in Amsterdam and bronze in Paris. Her work eventually being exhibited worldwide. On 21 December 1904 she was named Officer in the Order of Oranje-Nassau